Team of Dreams Featured at NATPE 2016

Reston, VA, January 18, 2016 – Team of Dreams(TM) is an endeavor to one day replace the current model of NBA stars for our US Men’s Olympic Basketball team with basketball talents across our nation seeking a second chance.  A multi-city, open tryouts tour will be the initial instrument to finding these aspiring unknown players.  Inspiring Hope Productions will showcase their Team of Dreams reality television show this week at the National Association of Television Program Executives (NATPE) conference in Miami.

Team of Dreams is created and owned by Inspiring Hope Productions.  It is the brainchild of Victor Rogers who, like many Americans, is frustrated by the political process and the divisions we have seen, particularly over the past few years.

“In this time that we are facing such division, we need something to unite us,” Rogers insists.  “We are desperate for hope, especially for those feeling left behind.  This is one way we can unite our nation and inspire others as we witness this journey of these perhaps once lost men of high basketball talent.  Watching these guys overcome what may be some tough challenges or pasts will be riveting and, we believe, would unite us all in their quest.”

“The message of this team is simple,” says Rogers. “You can make it. We are a nation of second chances and, as Americans, we long to see the underdog overcome and achieve greatness. It is who we are.  It is what we know.  Our nation was born an underdog.” 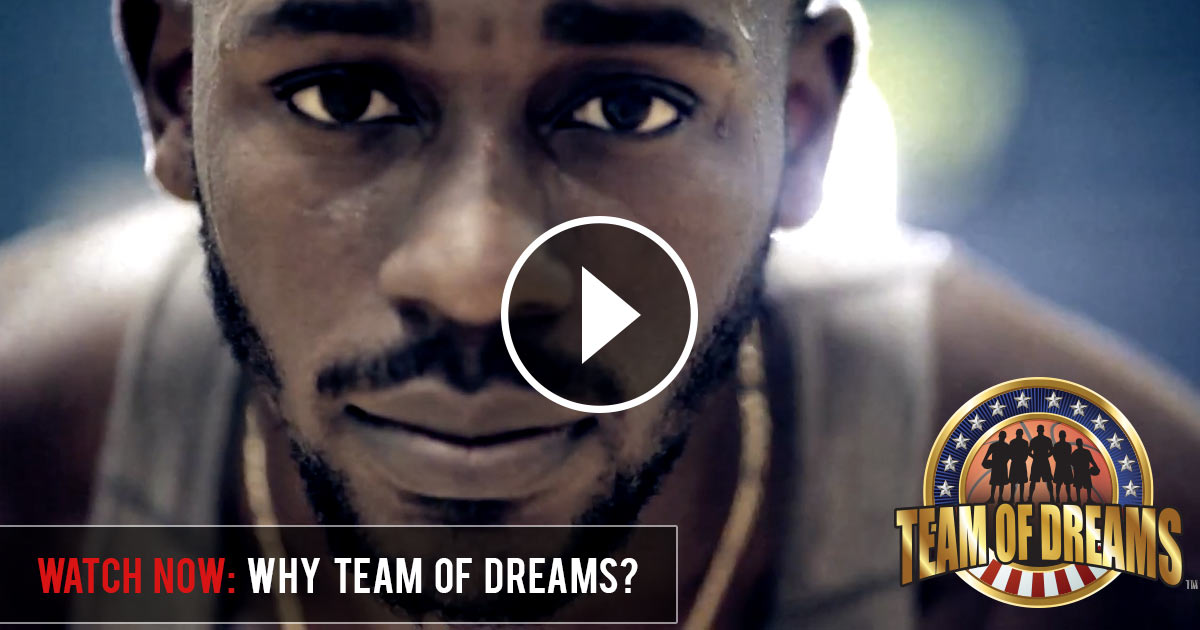 Inspiring Hope Productions has produced much content for their Team of Dreams brand and project to date and pursuing several opportunities for broader production and distribution.

“We have quite a bit invested in making this a reality for our nation,” Rogers offers, “but we truly believe that this can be a big grassroots effort for the American public to be involved and invested as well.”  Rogers adds, “We will start with testing this model with the initial end goal of building a team to compete in their own exhibition season and to afford these second chance hopefuls a new opportunity to be discovered by perhaps pro scouts. Then we will push for adoption as our Team USA perhaps for Tokyo 2020.”

More information and initial videos of the Team of Dreams project can be found at teamofdreams.com as well as through other Team of Dreams social media channels.

Want to join the discussion?
Feel free to contribute!